“I’m proud to be Aboriginal, so I’m representing” – Adam Goodes

Adam Goodes will long live in the memories of all fans of AFL football as one of the most talented, brilliant and magical footballers of the modern era. His quick hands, big body and uncanny ability to read the play cemented “Goodesy” as one of the all time greats. A dual Brownlow medalist, a feat only equaled by 9 others in the history of the award, a dual premiership player with the Sydney Swans, Goodes continued to deliver excellence and dominance as the Indigenous player to play the most AFL games of 372. He was also awarded an All-Australian guernsey four times and was voted one fo the players of the Indigenous Team of the Century.

As a proud Indigenous Australian, Adam has used his celebrated football platform to also shine a light on racism in Australia, particularly towards Indigenous Australians. And in 2014, he was awarded the Australian of the Year honours not only for his efforts to improve race relations but also his work with indigenous youth projects, notably through the GO Foundation.

If you finish the payment today, your order will arrive within the estimated delivery time.

There are no reviews yet.

Be the first to review “Adam Tea Towel” Cancel reply 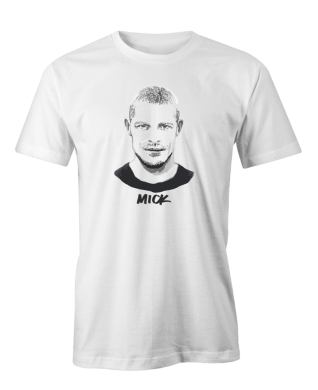 $65.00
Sold By: Shop local brands @Kouwi.com
"You get to the end of a wave and go, what did I do? Sometimes you go into a totally…

“You get to the end of a wave and go, what did I do? Sometimes you go into a totally different state of mind.” – Mick Fanning AO

West Melbourne artist Jess McDonald’s hand drawn portrait of Sam Neill is printed on 100% organic cotton tea towel.
Printed ‘on-the-edge’ so that when hanging on your oven or rail, he stares straight back at you. 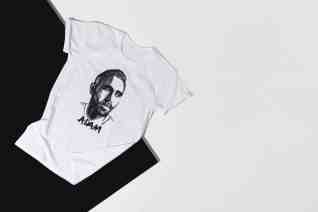 “I’m proud to be Aboriginal, so I’m representing” – Adam Goodes

GIFTS FOR HER HOME KITCHEN DINING SOMETHING FOR EVERYONE

Blame It On The Boogie Lyrics Ceramic Mug